Poetry, Books and Art in Dunedin

A couple of weeks back my friend Pauline rang to say would I like a lift down to Port Chalmers to hear the poet Riemke Ensing reading at the library. I’d read some of her work when wandering through the web but I hadn’t read any of her books so I quickly said yes I’m keen. What followed was a wonderful hour listening to Riemke read from her heart, read with exuberance and read with passion. When she decided we’d heard enough she appeared startled by the audience’s greed – we wanted more!  A lovely lady. I hope a return trip to Dunedin is planned. Read more about Riemke here. 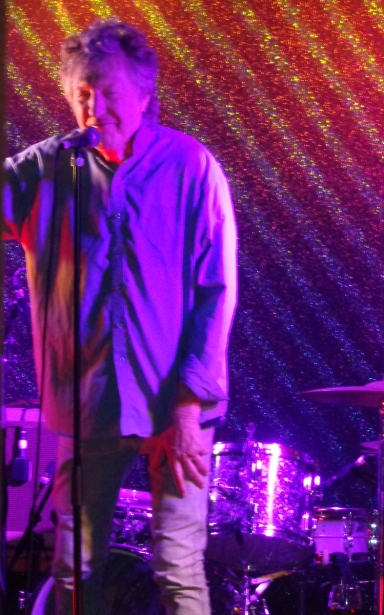 On Friday night we went down to Port Chalmers again. Sam Hunt had been in Port for the week recording with David Kilgour and The Heavy 8s.  Sam started the evening by reading and then the The Heavy 8’s  joined Sam for a few poems. After a short break the 8’s returned with a mixture of old and new songs.  A brilliant night. Chicks was a great venue for Sam – he looked completely at ease (when doesn’t he?) and rocked through all his poems even before he was joined by the musicians.

This afternoon we went along to Jung Chang’s talk at the College of Education Auditorium. The author of Wild Swans, in which 100 years of Chinese history is told through the eyes of three women (her grandmother, her mother and her), was speaking today about her latest book Empress Dowager Cixi: The Concubine Who Launched Modern China. She was an eloquent amusing speaker and captivated the audience completely. 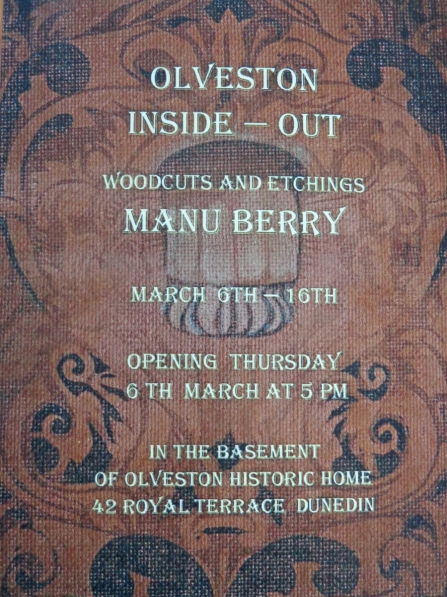 We then wandered up to Olveston seeking out the basement or rather the drying room! I know it’s not the normal entrance to Dunedin’s historic home but this is where Olveston’s  first artist in residence exhibition was on display. Manu Berry has produced 47 woodcuts and etchings from his four months in residence. During the residency, he roamed the house and gardens absorbing its textures, decorated rooms, and treasures. Manu spread his initial sketches on the floor for us to look at and then our eyes moved upwards to view the final works on the drying room walls. Along one wall he has hung a 21-piece series of drypoint etchings in different shapes reflecting those of a dining set on a dresser in the kitchen.   If you live in Dunedin do call in and see his work. It’s wonderful having it on display in Olveston.